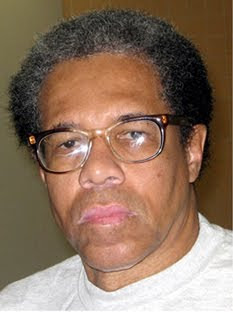 On Monday, June 21, the US Fifth Circuit Court ruled to overturn a July 2008 decision that ordered that Albert Woodfox's conviction and life sentence be "reversed and vacated" (read more about the ruling here).

Albert Woodfox's response to this ruling has just been released, and is featured in full below.

Today, after waiting 15 months, I learned that the 5th Circuit Federal Appeals Court has reversed a Middle District Court ruling by Judge James Brady granting me a new trial.

What has happened to me is nothing new, still it is a blow like so many other blows suffered by so many other political prisoners, such as Mumia Abu Jamal and Leonard Peltier being the most well-known.

To our family, friends and supporters, I can only imagine what you must be feeling and thinking, and I understand disappointment, but this ruling is not the end of our cause to free Herman Wallace and myself. It is a call to move on, grow stronger, fight harder, not to just to free the A3, but all political prisoners!

This ruling is not an end to revolutionary and social struggle for justice, an end to poverty and the exploitation of the majority of the human race. This ruling is nothing more than the biased opinion of a branch of the U.S. government.

I am not sure what the future holds for me. It took Wilbert Rideau 3 trials to get justice. I may never get justice, but my dedication to revolutionary struggle is unwavering! To the A3 family, my message to you is stay strong, stay focused and stay involved!

All power to the people!

Posted by angola3news at 6:02 PM No comments:

The MOVE 9 Parole Hearings --An interview with Ramona Africa

(Our interview with Ramona Africa is available in a high quality, high definition format here.)