Herman is optimistic about his appeal now pending at the State Supreme Court, where a decision is expected anytime. On September 19, 2006, State Judicial Commissioner Rachel Morgan recommended overturning Herman's conviction, on grounds that prison officials had withheld evidence from the jury that prison officials had bribed the prosecution's key eyewitness, Hezekiah Brown, in return for his testimony. However, in May 2008, in a 2-1 vote, the State Appeals Court rejected Morgan's recommendation and refused to overturn the conviction. Herman has appealed this to the State Supreme Court, which will either affirm or reverse the lower court's decision.

If you haven't heard them yet, be sure to listen to Herman's many broadcasts at Prison Radio. Listen here.

The new play " 3", written by Parnell Herbert, premiered at in , LA on September 18. Read the review and interview with Parnell Herbert on pages 10 and 11 of the Data News Weekly here. For more information about this amazing play, read here.


Our Newest Video: Political Prisoners in the United States 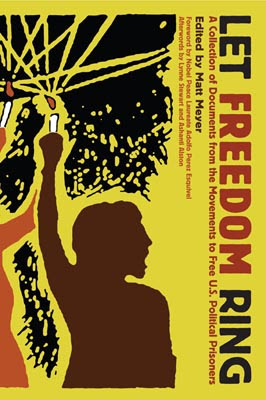 Angola 3 News has just released a new interview with author/activist Dan Berger that is mostly based on Berger's essay "The Real Dragons: A Brief History of Political Militancy and Incarceration: 1960s to 2000s," which is featured in the book "Let Freedom Ring: A Collection of Documents from the Movements to Free U.S. Political Prisoners" (PM Press, 2008).

The Secret World of Deaf Prisoners

In his new article, published by The Crime Report, James Ridgeway writes:

The deaf face a nightmare when they fall into the criminal justice system. They live in a world apart to begin with; but in prison they are thrown into a dread new environment where they literally can't understand the language of either their jailers or the other prisoners. When people who have never heard a spoken word try to speak,the sounds come out jumbled and weird-leading ill-informed jailers to think they are obstreperous or crazy. As a consequence, some deaf prisoners can end up in solitary.

I discovered numerous examples of abuses and violations of the rights of deaf prisoners as part of an ongoing investigative reporting project. But the most troubling discovery I made was how little has been done about the problem in the criminal justice system-and how little is known about it outside prison walls.

The Committee for the Defense of Human Rights writes:

Once again we are asking for your help with a phone and fax campaign to demand that CA Attorney General Jerry Brown drop the charges against Francisco Torres, the last of the SF8 still facing prosecution. Brown has not yet dropped the charges against Francisco Torres, but he knows there is no case against him. He needs to get the message from people all over the country that we will not give up this just demand.

The Prisoner Action Coalition has launched an important new campaign to end solitary confinement and other forms of torture in Prisons.

Over the past three months, concerned citizens have worked to develop appropriate legislation to address longstanding abuses in the segregation units of Maine State Prisons. Last week, Representative Jim Schatz (Blue Hill) submitted the legislation. This is an important step to create the critical dialogue necessary to advocate for true prison reform in this state and end human-rights violations in our correctional facilities. Attached to this email is the bill language in its entirety. READ THE PDF HERE.

Check out these new brochures made for the campaign, parts one and two. The Coalition can be contacted at mainepac@gmail.com and 207-252-5379