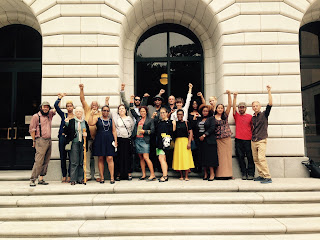 (PHOTO: A3 supporters outside of the US Fifth Circuit Court of Appeals in New Orleans this morning at Albert Woodfox's oral arguments. Big Thanks to everyone that made it out!!)

Please check back here for more updates later in the day. See also our Facebook and Twitter pages.

Today, the U.S. Court of Appeals for the Fifth Circuit in New Orleans heard oral argument in Albert Woodfox vs. Burl Cain. A three-judge panel will decide whether Louisiana prisoner Albert Woodfox should be granted unconditional release or face a third trial after spending more than four decades in solitary confinement.

U.S. District Judge James Brady ordered Woodfox’s unconditional release in June, overturning his conviction and barring the state from retrying him. The state of Louisiana appealed the ruling and moved to keep Woodfox behind Jasmine Heiss, Senior Campaigner for Amnesty International USA’s Individuals at Risk program, attended the oral argument and issued the following statement:

"Today, Albert Woodfox remains doubly trapped -- both in solitary confinement and in a deeply flawed legal process that has spanned four decades. Judge Brady’s writ of unconditional release should have been the final chapter in Albert’s 43-year nightmare. Now we can only hope that the courts will finally provide Albert some measure of justice.

"The question remains – why has Louisiana Attorney General Buddy Caldwell relentlessly pursued Albert Woodfox? It is time for the Attorney General to act in the name of justice rather than vengeance and stop standing in the way of Albert’s release.”
Posted by angola3news at 8:57 AM